The Day that the Lamb was slain

Nisan 14 was the day the leavening was put out, and the day the Passover lambs were slain, in late afternoon — at the very same time Jeshua expired on the tree! Therefore, Jeshua perfectly fulfilled the typology of the “Passover sacrifice.” Not only was he slain for our sins, but he was slain at the very moment the Passover lambs were being slain at the Temple! He was indeed the perfect Passover sacrifice for our sins (1 Corinthians 5:7).

On the night of Nisan 14, 33 C.E., Jesus and his apostles sang Jehovah’s praises together in an upper room of a house in Jerusalem. (Matthew 26:30) It was fitting that he would conclude his meeting with them in that way. From the beginning of his earthly ministry to the end, Jesus praised his Father and zealously made His name known. (Matthew 4:10; 6:9; 22:37, 38; John 12:28; 17:6) After singing praises with Jesus, the apostle John saw his Master and two criminals being put to death on torture stakes. Roman soldiers broke the legs of the two criminals to hasten their deaths. However, they did not break Jesus’ legs, as he was already dead. In his Gospel, John identified that development as a fulfillment of another part of Psalm 34: “Not a bone of his will be crushed.”

Christ on the Cross – circa 1541 Michelangelo Buonarroti

“Then saith Jesus unto him, Get thee hence, Satan: for it is written, Thou shalt worship the Lord thy God, and him only shalt thou serve.” (Matthew 4:10 ASV)
“After this manner therefore pray ye. Our Father who art in heaven, Hallowed be thy name.” (Matthew 6:9 ASV)

“Father, glorify thy name. There came therefore a voice out of heaven, [saying], I have both glorified it, and will glorify it again.” (John 12:28 ASV)

“I manifested thy name unto the men whom thou gavest me out of the world: thine they were, and thou gavest them to me; and they have kept thy word.” (John 17:6 ASV)

“32 The soldiers therefore came, and brake the legs of the first, and of the other that was crucified with him: 33 but when they came to Jesus, and saw that he was dead already, they brake not his legs: 34 howbeit one of the soldiers with a spear pierced his side, and straightway there came out blood and water. 35 And he that hath seen hath borne witness, and his witness is true: and he knoweth that he saith true, that ye also may believe. 36 For these things came to pass, that the scripture might be fulfilled, A bone of him shall not be broken.” (John 19:32-36 ASV)

But on the other hand there is also the writing:

“4  These are the set feasts of Jehovah, even holy convocations, which ye shall proclaim in their appointed season. 5 In the first month, on the fourteenth day of the month at even, is Jehovah’s passover.” (Leviticus 23:4-5 ASV)

“1  And Jehovah spake unto Moses in the wilderness of Sinai, in the first month of the second year after they were come out of the land of Egypt, saying, 2 Moreover let the children of Israel keep the passover in its appointed season. 3 In the fourteenth day of this month, at even, ye shall keep it in its appointed season: according to all the statutes of it, and according to all the ordinances thereof, shall ye keep it. 4 And Moses spake unto the children of Israel, that they should keep the passover.” (Numbers 9:1-4 ASV)
“16 And in the first month, on the fourteenth day of the month, is Jehovah’s passover. 17 And on the fifteenth day of this month shall be a feast: seven days shall unleavened bread be eaten.” (Numbers 28:16-17 ASV)

“5 ‘Your lamb shall be an unblemished male a year old; you may take it from the sheep or from the goats. 6 ‘And you shall keep it until the fourteenth day of the same month, then the whole assembly of the congregation of Israel is to kill it at twilight. {“Twilight” of the 14th doesn’t happen until 24 hours later, just before the 14th turns into the 15th!} 7 ‘Moreover, they shall take some of the blood and put it on the two doorposts and on the lintel of the houses in which they eat it. 8 ‘And they shall eat the flesh that [same] night {of the 14th to the 15th}, roasted with fire, and they shall eat it with unleavened bread and bitter herbs.” (Exodus 12:5-8 NAS)

So you could either say the day to be celebrated the instalment of the New Covenant, could also be on the day before the 14th, thus 13 Nisan (as some say). But as you can get from Numbers the 15th of Nisan was the big feast, so the gathering on the 14th of Nisan was the night Jesus was together with his close friends to have the prescribed 14 Nisan meal.

But as Jesus being the Passover Lamb, having died on that day, and the day the early Christian church also continued to observe Passover, on the 14th of Nisan, as Jesus Christ did himself all through his life, until the Roman festival of Easter (named after the Babylonian idol Ishtar, and later, eastre, the Anglo-Saxon goddess of light, or spring) was officially enforced upon the Christian-professing world by the Roman Empire, we consider that we can take 14 Nisan as the day to remember Jesus his Last Supper and Jesus his death.

Preceding article: 14 Nisan a day to remember #3 Before the Passover-feast

Next: 14 Nisan a day to remember #5 The Day to celebrate

Please do find also on this subject: 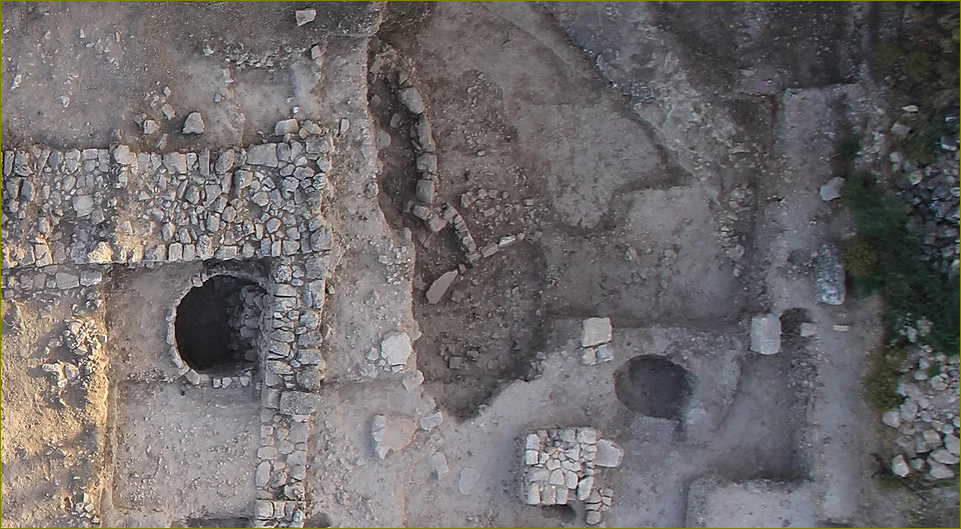