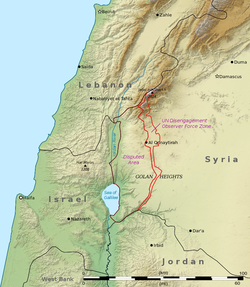 Comments on: "Hebrew inscriptions on ancient slab of marble near Lake Kinneret" (1)

The French school of the 11th century was hardly less important. Gershom ben Judah, the “Light of the Exile” (d. in 1040 at Mainz), a famous Talmudist and commentator, his pupil Jacob ben Yaqar, and Moses of Narbonne, called ha-Darshan, the “Exegete,” were the forerunners of the greatest of all Jewish commentators, Solomon ben Isaac […]

The aim of the grammatical studies of the Spanish school was ultimately exegesis. This had already been cultivated in the East. In the 9th century Ḥīvī of Balkh wrote a rationalistic treatise [A fragment of such a work, probably emanating from the school of Ḥīvī was found by Schechter and published in J.Q.R., xiii. 345 […]

Medieval scholarship To return to the period of the Geōnīm. While the schools of Babylonia were flourishing as the religious head of Judaism, the West, and especially Spain under Moorish rule, was becoming the home of Jewish scholarship. On the breaking up of the schools many of the fugitives fled to the West and helped […]

A look at Karaite Judaism (“Followers of the Bible”) which had its base in the Crimea in the Middle Ages, and looking at the influence of its teachers and writings on Christianity and Islam.

The Geōnīm The order of the Amoraim, which ended with the close of the Talmud (C.E. 500), was succeeded by that of the Sabōrāīm, who merely continued and explained the work of their predecessors, and these again were followed by the Geōnīm, the heads of the schools of Sura and Pumbeditha in Babylonia. The office […]

”Just as water rapidly eroded the banks of the mighty Colorado River and created a vast Grand Canyon, America’s current belief system (relativism) has eroded her foundation and created a moral void. ~ Shane Idleman in America Needs to Turn Back to God.”   * Find also to read: How many innocent people have still […]

Courage, Fear, and our vulnerability

Originally posted on My Diary Pages:
Photo by Man Dy on Pexels.com Without courage, we can not practice any virtue with consistency. We can’t be kind, true, merciful, generous or honest. Maya Angelou Life is a strange, yet beautiful composition of laughter and tears, joy and sorrows, love and loss, struggle and stumble, success and…

Originally posted on My Diary Pages:
In the quiet of the night, silence of my heart, hiding several storms, with the shattered peace, and the lost voice, looking with my wondering eyes, Grieving with my hurting soul.. Compassion, empathy, human connections are the jewels of authentic relations and the true essence of the human experience…

Is the Russian military superior to any other European nation?

Looking at the Nato and Russia their armed forces and military investment.