Vox populi anything but Vox Dei

When Jesus went around speaking and doing miracles many gathered around him and his disciples. Some wanted to be part of those around Jesus and where happy to chant for him that he was praised.

Hosanna to the son of David: Blessed is he that cometh in the name of the Lord, Hosanna in the highest.

a few days later were perhaps crying with others to have him impaled.

They had expressed their delight and expectation.

Alas! how soon this gleam of sunlight gave place to black darkness. The day of palms was closely followed by the day of crucifixion. Thus fickle are the sons of men. “Vox populi” is anything but “Vox Dei.” {Spurgeon}

In the olden times, the Israelites were accustomed to use this cry,

“Blessed is he that cometh in the name of the Lord,”

when their heroes returned victorious from the battlefield. When they went up to the temple to give thanks publicly to God for victories over their enemies, they were met by the people, with this exclamation of joy,

“Blessed, is he that cometh in Jehovah’s name.”

Very unlike to the cries of other nations! Some nations only extolled the heroes, but the people of God see the hand of God, and they mark that the hero only comes in the name of the Lord, and while they give him blessings and wish him every good thing for what he has done, yet the praise is ascribed to the Master in whose name he comes — even Jehovah. {Spurgeon}

Now the people could see the Nazarene master teacher coming to the capital. He was looked at as a hero, even as a king. They seemed to be aware that this one who always claimed to be a sent one from God, was the

“Blessed … that cometh in the name of Jehovah.”

In a few days time the people present in Jerusalem for Passover had changed their mind and expressed their dislike for the one who had spoken about a coming Kingdom of God.

Also today we can find lots of people who do not want to accept Jesus for whom he is. They do not accept the words God Himself said about this man

They refuse to accept Jesus as the son of God and have made him into their god, telling others he is “god the son”. Many made Jesus into their idol or “god son” instead of accepting that he is the sent one from god, they claim he would be God having come down to earth. They seem to ignore the writing in the Holy Scriptures

Instead of thanking God for sending his son, they worship that Nazarene man who always asked not to adore him but to worship his heavenly Father. Jesus even taught them how to pray (the Lord’s prayer).

God had given the people the time to get to know His sent one, who came to declare God’s Word and to bring the Good News of the coming Kingdom of God. He allowed Jesus to have an entry in His City as a king as an ‘advance mirroring’ or mirror image of the one who was going to return and to enter the capital of the Kingdom of God. Jesus is that king spoken of in the many prophecies.

But the majority of people want to adhere to people’s theories and stick to human traditions and festivals instead of keeping to the festival days God gave mankind. Like in Jesus time when lots of people wanted to please the Pharisees and wished to lick the feet of the Jerusalem administration, today lots of people prefer licking the feet of their religious institution. Most often they do everything to show others they are part of the “Vox populi”. Many are literally afraid to be looked at someone of the “Vox Dei,” the People of Jehovah. Several even go so far to become anti-Jehovah people.
One could consider them belonging to the many who like to shout with others, but do not dare to bring out their personal voice in public when they stand alone.

Let us make it clear we belong to Vox Dei, Jehovah’s people, and be real followers of the real Jesus Christ, the Messiah or anointed, the son of God, who gave his life for us all.

Let us not be deaf and blind like there were so many in Jesus time. In that day the moment of no excuse had come. Before that day if could be said that the day was coming when God would sent His son. Now the time has come we should know that this sent one shall restore the nation of Israel. It is him they could see entering Jerusalem. We too should come to recognise that sent one who is to bring peace and salvation and to set up his Kingdom on earth. We should be thankful to God for that sent one who is going our king and act as a chosen people, a royal priesthood, a holy nation, God’s special possession, that we may declare the praises of him who called us out of darkness into His wonderful light. and invited us to be part of his body.

Israel, Fitting the Plan when people allow it

Comments on: "Vox populi anything but Vox Dei" (4) 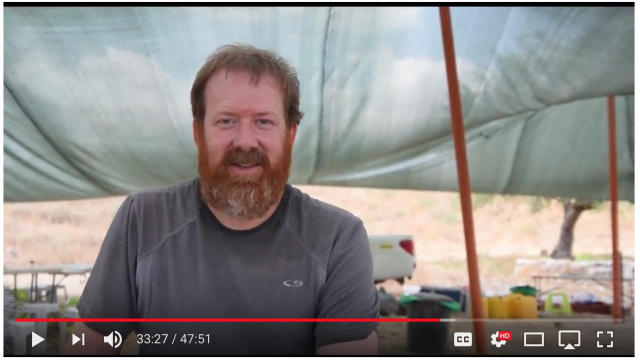 Hosting a Virtual Seder During a Pandemic

Isolation may not be an excuse to have no virtual contact with others and to share the feeling of remembrance what God has done and does for us. Perhaps you too can think of having a virutal sedermeal and making this upcoming 14 Nisan also one to remember.

Originally posted on writing to freedom:
Recrafting our World It’s impossible to avoid the news and impact of coronavirus. I’ve progressed from denial to concern, to acceptance and opening to new ideas. I’ve been sick for the last few days wondering if I have the virus, flu, a cold, allergies, or am simply run down.…

Love in the Time of Corona

Originally posted on Green Life Blue Water:
It’s been a hell of a few weeks and it looks like it will continue for a bit.  At the risk of sounding both blasé and alarmist at once, I think the planet is trying to tell us something. We are on the verge of a sixth mass…